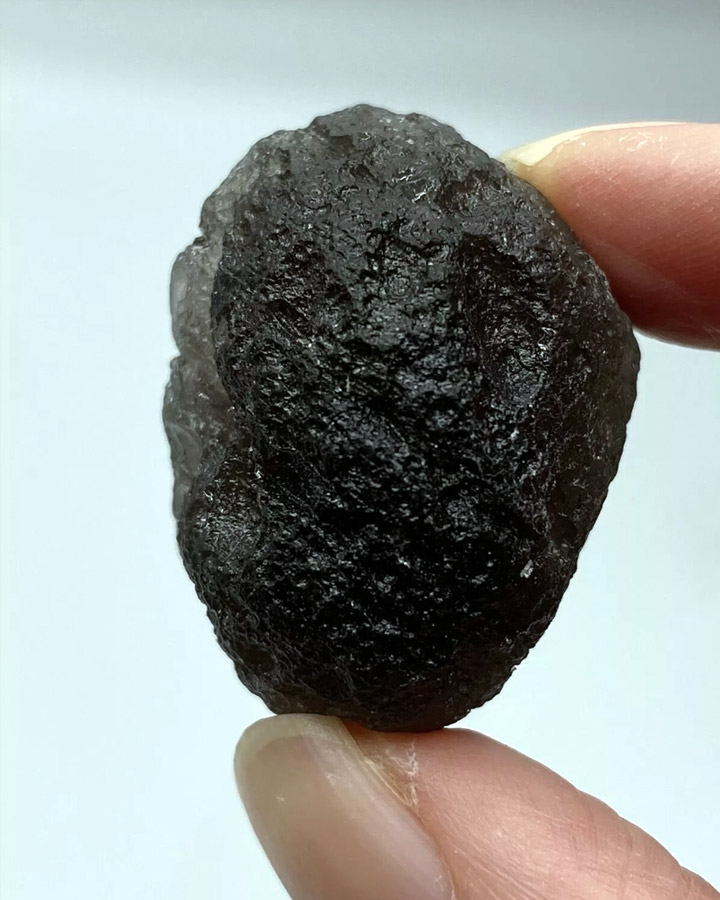 THE STONE OF SPIRITUAL LEVITY

AGNI MANITITE, also known on the market as Pearl of Fire, is an extremely rare tektite found on the island of Java, Indonesia. The color ranges from a dark charcoal grey-black to a smoky translucent color. Its name is derived from the ancient Sanskrit term “agni mani”, meaning “pearl of the divine fire”. These tektites were formed when a meteorite crash landed over the Indonesian archipelago. This resulted in the heating of the surface that was enough to liquidize it, thus giving Mother Earth a mineral from out of this world.AGNI MANITITE is so rare because most of the pieces of Agni Manitite are now underwater, resulting in this tektite to be incredibly hard to come by. It's unlike Moldavite, where farmers can just plow their fields and yield one of the highest regarded E.T. stones.AGNI MANITITE / Pearl of Fire resonates directly with the solar plexus chakra. You'll immediately notice the connection and overseeing ability of your personal energy levels and the unique attributes that make you, you. Most of these traits stem from our second brain (our gut) and hold the key to unlocking a majority of answers we may not have even been looking for. This tektite specializes in raising your creative, manifestation, and adventurous energy levels to new heights. This is in hopes of one channeling their own conjured energy into the task, dream, goal or desire that is at the forefront of their mind. AGNI MANITITE / Pearl of Fire should result in increased confidence of yourself and your own capabilities. You are given a gift when you are born into this world; free will (consciousness). This is simply the ability to freely pick and choose your interests, while being consciously aware of your emotional state.AGNI MANITITE helps direct your own personal will to that which truly brings happiness and joy into your life. This results in better thinking, strength, and positivity that will spread throughout your physical vessel like wildfire.AGNI MANITITE definines your soul amongst the rest by achieving a higher level of spirituality. This is exactly what a stone created from a space-drifting meteorite can do. This stone should serve as a reminder that anything is possible as long as your soul and mind can become synchronized with the world around you. By being able to understand your surroundings, one will become a leader amongst the pack. Just as a leader's role is to push forward and lead the way, they are also very respected and powerful beings. They have a community that listens and takes their word at the highest value. This is something one cannot just find in this world, rather it must be built over time.AGNI MANITITE pushes one's leadership values to the next level and helps you to slowly bring your own community together on a mission of peace, light, and self embetterment.AGNI MANITITE is found in Indonesia.
Back to Crystals